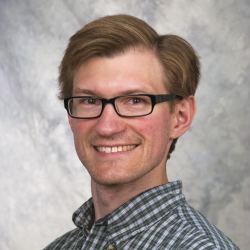 I’m a mathematician and postdoctoral fellow at the Center for Quantitative Medicine at UConn Health, under the supervision of Reinhard Laubenbacher. My mathematical training focused on projective geometry and algebraic geometry, and my research background includes scientometry and network science. I’m currently focusing on applications of geometric and topological data analysis to health informatics and outcomes research. 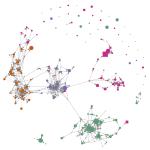 I mentored two undergraduate students in the NSF-sponsored summer REU “Data and Models in the Biosciences”. We conducted exploratory and predictive analyses of the MIMIC-III critical care database toward three aims: a triage model of myocardial infarction (MI) patients, a risk assessment model for MI patients, and a time series model of MI occurrence.

Network Analysis of Coauthorship in Mathematics

I mentored four undergraduate students in the NSF-sponsored summer REU “Modeling and Simulation in Systems Biology”. We used statistical and network analysis to characterize coauthorship among mathematicians, based on a bibliographic data set from Mathematical Reviews provided by the American Mathematical Society.

Ordination in the Tidyverse

I mentored a student through the Achieve internship program at Avon High School. We wrote and documented code to organize and visualize the output of principal components analysis in a pipe-able workflow using tidy data and grammar of graphics principles.

I mentored a student through the Achieve internship program at Avon High School. We implemented techniques from formal concept analysis and used them to examine the co-occurrence of chronic diseases in the U.S. population, as recorded in the National Ambulatory Medical Care Survey.